And here are the specs of the Jamo speakers 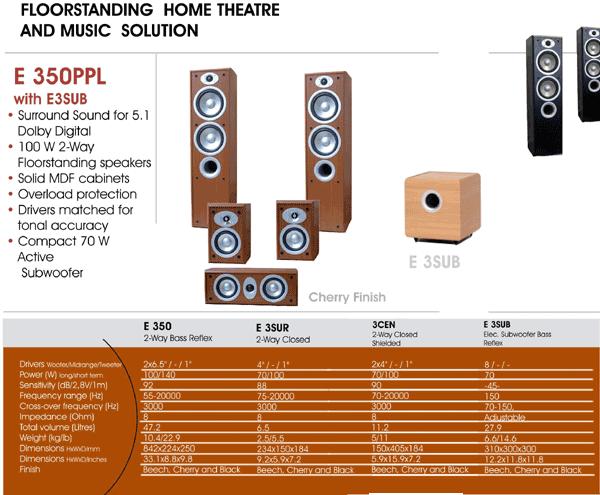 Now I just need an amp. I’ve put a call out on the DTV Forum and the best option is a Yamaha RX-11 receiver. It has enough built in amps to run the whole system without relying on a separate amp to power the extra surrounds required for an 11.2 system. Only drawback is the >$5K asking price. That will be a long time coming.

The Jamo Speaker Set arrived today, slight delay due to organizing the shipping from Melbourne to here. 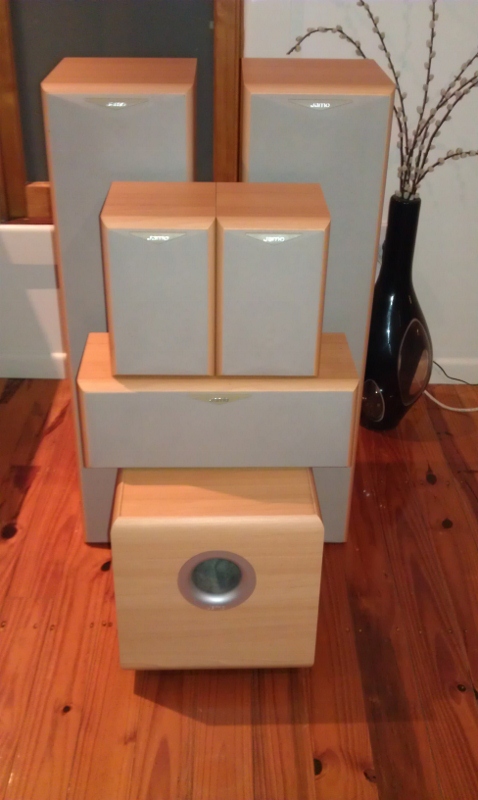 And all of the speakers work, woohoo!

The black NAF dice turned up in the post today

Just need some orange ones to complete the collection

The long delay is over! My new TV is in the house! 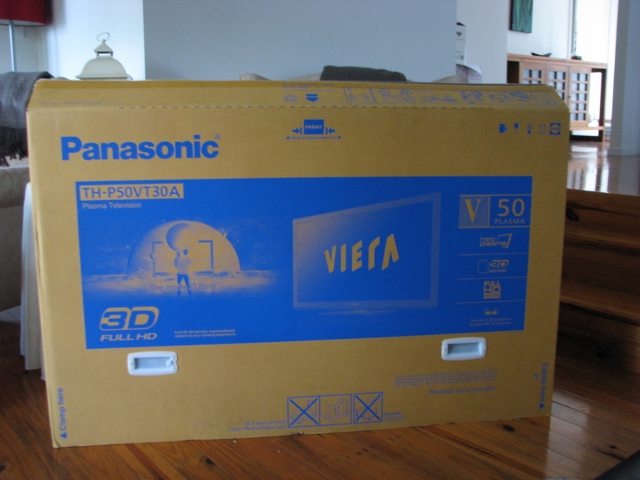 That is the final item that needed to be replaced from the burglary back in May.

Halfway through the session at the Archive, a reminder popped up on my phone for an ebay auction for some Jamo speakers. I managed to snag a set of Jamo E350 speakers as part of a 5.1 pack. 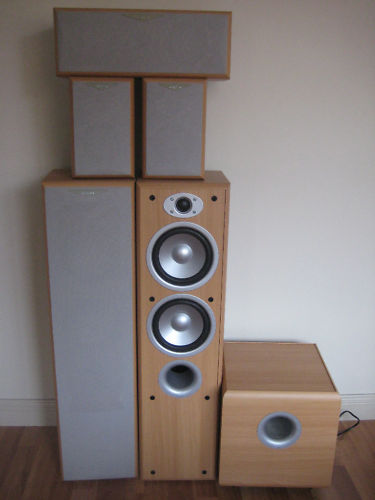 I’d been chasing that set of mains for a little while now, and with the bonus subwoofer that is part of the set I now have enough speakers to put together a full 11.2 surround system. All I need is the right kind of amp to do it. So that’ll be the next challenge.

Chased up some loose ends with the insurance claim for the house burglary today. Harvey Norman Aspley had been assigned the electronic goods, and apart from hearing from Jeff in Computers 2 and a half weeks ago about a laptop which was ordered with an approximate 2 week delivery, I’d not heard boo from the Electronics Department. So today I made a couple of calls to the Insurance Company and their Assessors and confirmed everything had got the go ahead and that me going over to HNA would be a good idea as it might get things moving. So at lunchtime today I travelled over to Aspley and spoke to Jeff, who chased up the back order laptop and found it would be delivered to them early next week. So it was good to chase that up, at least it let me know where I was.

Then I spoke to Kim in the Electronics Department and he’d not been handling my claim, James, who was currently on holidays had been. So Kim fished out my claim, which was sitting on the top of James’ to do pile and informed me I was only covered for approx $480 for the TV. Turns out the assessor had skimped on the details of the goods that I had provided him and failed to let HNA know that the TV was a Samsung Series 6 100z Full HD TV. They’d quoted on a base model Samsung HD TV. As Samsung no longer makes a 32” Full HD unit, Kim hunted through their stock and found the equivalent unit in Panasonic, which was worth $1100, made sense, mine was worth about the same 15 months ago. A quick call to the assessor and confirmation that the cover would extend to the same amount as the Panasonic unit meant I now knew how much cash I had to work with. Knowing I wanted a 50” TV, and that the new Panasonic VT30A units were being released in July, I asked Kim to locate me a unit if he could and work out the costs. Stock was on hand at Panasonic Australia, and for a bit of extra cash we’re now waiting on the delivery of our new 50” plasma.

I was back in the office for all of half an hour when a phone call came in from Jeff at HNA telling me that my laptop had arrived. So after work I went back to HNA and took possession of an Asus N53S laptop. 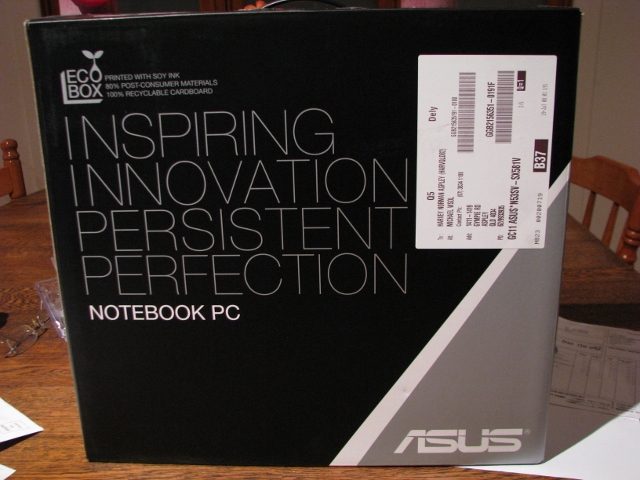 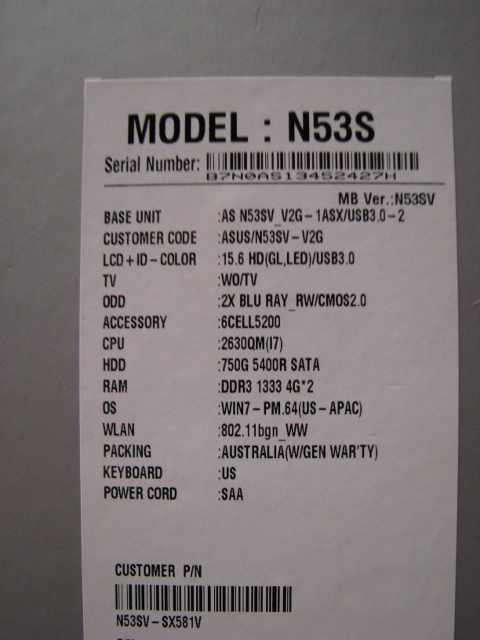 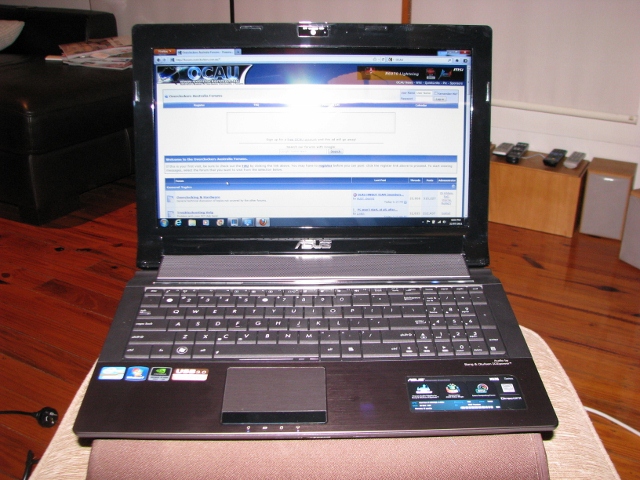 And the Windows Experience Index: 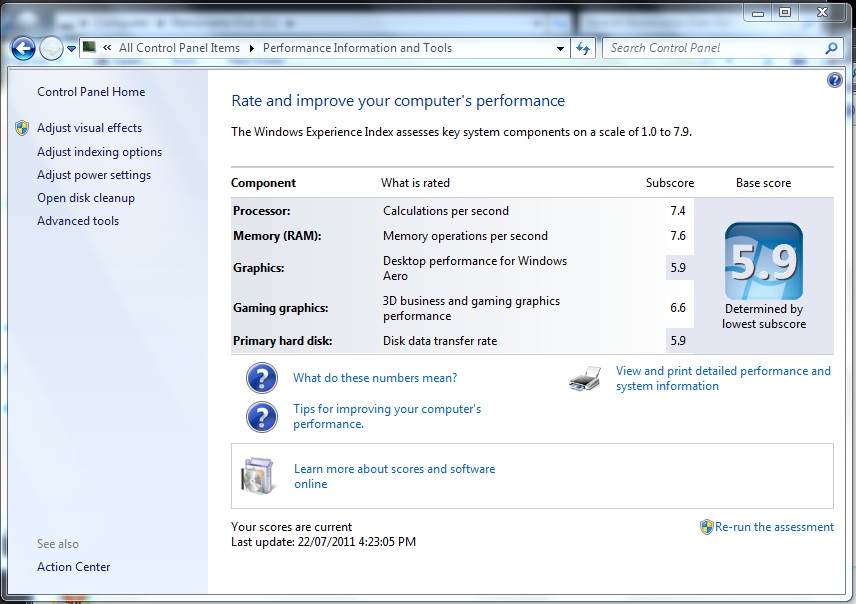 According to feedback on OCAU forums, by adding an SSD to the laptop I’ll greatly increase the base WEI reading from 5.9 to over 7, which will lead to much speedier usage.

The new mouse has been working well for me at work. It's been just over two weeks and I'm not having many, if any, issues with my right hand. So thumbs up to the Deathadder Black edition

I've been struggling with my right mouse hand being sore the last couple of days. We are supplied with standard Lenovo mouse at work, it's a symmetrical mouse designed for small hands, to sit back in the palm and use the fingertips to click the mouse. As my hand is too big to use the mouse in that fashion I end up twisting my hand to fit the mouse in my palm and my fingers on the edge of the buttons. Technically, what I have is a claw grip, and this mouse does nothing to support my hand. So I did a quick google on the differences between palm and claw grips, and my searching led me to the Razer website and their guide to the different styles of gripping the mouse. From the choices they have on their website I was able to narrow down my search to an Abyssus or a Deathadder. It was just a matter of actually holding one in my hand to see what suited my grip. I did some hunting around and found the Deathadder in stock at EB Games, but the box it comes in was empty, so no chance for a hands on. I lucked out and found that my local Harvey Norman had both types of mice on display, not only that but the salesperson even cracked open the case of a Mamba for me to try that as well. So after I did the hands on things with the mice, I found the Deathadder suited my grip the best.

Now it was just a matter of locating a Deathadder at a decent price. Hunting on eBay, I found I could get one delivered for as little as $50, much better than the $99 RRP I had seen in both EB Games and Harvey Norman, which was a $20 premium on top of buying direct from the Razer Australian store. When I got home I checked out Umart and found that I could get the Deathadder for just $55, and that there was a Deathadder Black edition for $65. I checked online and found that the Black Edition added soft touch plastic to the sides of the mouse, making it more comfortable for longer periods of use. So I ordered the Black Edition and picked it up today.

We liked the Harmony One remote so much that we bought one for the FIL for his birthday. He's got four remotes to drive his systems, and hopefully this will make it a lot easier for him. 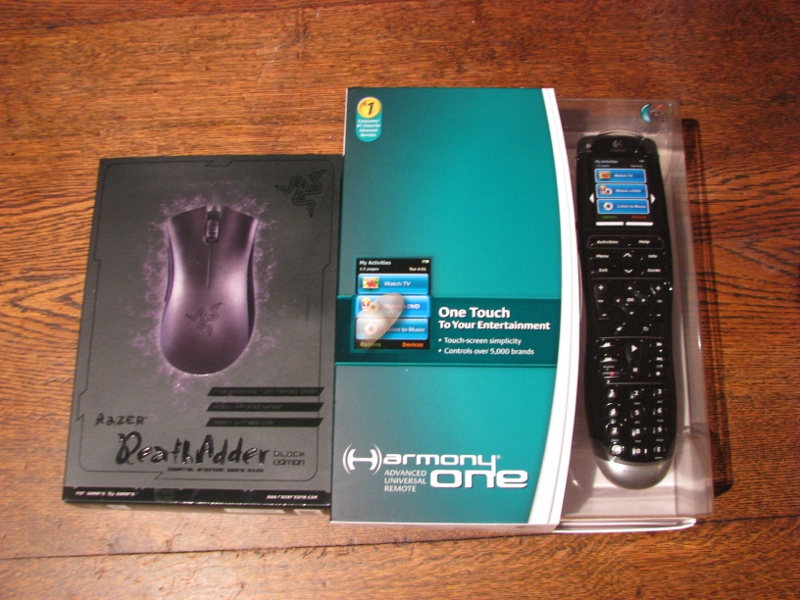 When we were broken into my laptop was also taken. It was an ASUS M51S, the multimedia version of their laptops and I'd had it for just on 3 years. It's one of the better laptops I've used over the years, with little extras like a TV tuner that made it stand out from the crowd. Only drama I ever had with it was it struggled playing Diablo when there were a number of extra animations on the screen, making the final scene vs the big guy near impossible to play. Obviously technology has moved on, and while my Desire HD phone is capable of doing a lot of things, I've not got my knowledge or skills with Android up to the level that it can replace the use of gimp for photo editing and ftp access via Windows, especially considering how easy that stuff is to do on a PC. Also, we are waiting on the insurance company to get back to us as to how much they will be paying out on the stolen items. So I bought a gap filler laptop today, it was cheap as at JB Hifi, just $423, with their 15% off sale that was on today, for an Asus A52F. At under 1/4 the price of my old M51S, this laptop has more of everything the old one had, except for the TV tuner, and as my TV habits have changed, I no longer need the tuner, so that's worked out fine. 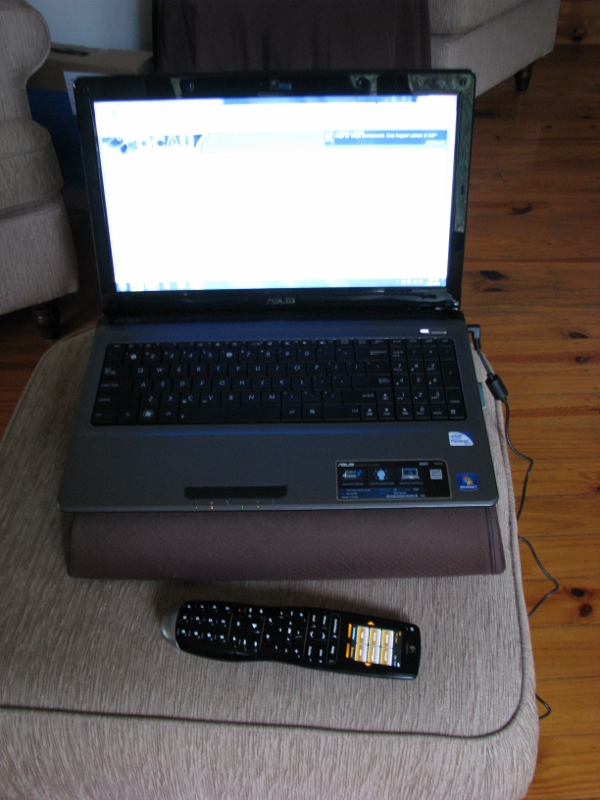 We were broken into recently and one of the things taken was the remote for my Western Digital TV Live Hub. Without the remote the unit became a paperweight. After hunting through a couple of forums online I gleaned enough information to find that one of the Logitech Harmony series remotes would be able to fulfill my needs. I managed also to find a link to an ebay auction from Logitech Australia for their Harmony One remote at a really good price of $129, with free delivery. So I purchased it and after the requisite couple of days it turned up. It was relatively easy to set up, just requiring a computer to install the set up program and access the Logitech website to get the correct parameters for the Hub. The simple setup allowed me access to my dormant Hub within minutes and I was cruising through my collection and back watching my shows. 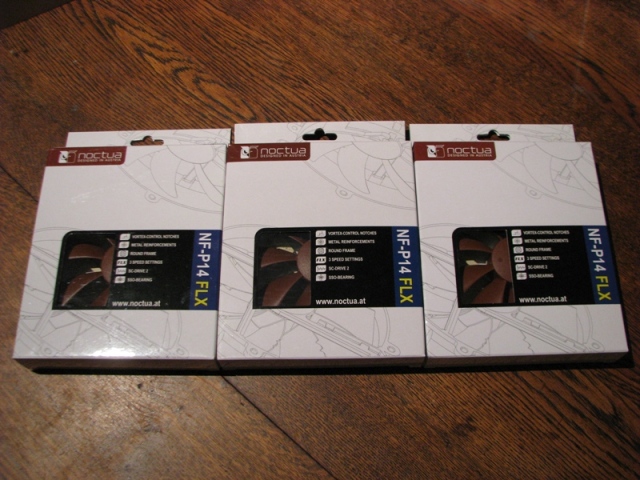 This minor upgrade to the site has been in the works for a while, the plan is to use the webpage as more of a collection of my random musings on all topics, rather than a specific Miniatures Hobby website. Older information has been archived off site. 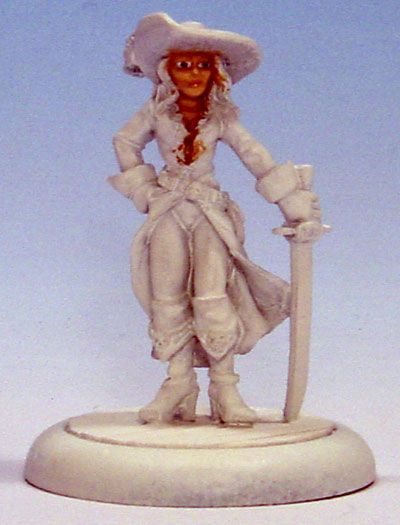